U.S. policy encourages the development of new energy sources. Solar energy is can’t run out and green. Compared with traditional lamps, solar lamps using solar power for lighting have a longer service life and are more energy-saving and environmentally friendly. LED solar lights are easy to install and do not require any maintenance costs after installation. With the gradual shortage of global resources and the increasing urgency of environmental protection, the use of solar lighting is an excellent development direction.

Natural conditions of use solar lights in America

The northeastern United States has a long cold winter season. The average temperature in January is around minus 16°C.

The central part is a plain area, and the terrain is flat. There are no barriers between the north and the south. The airflow from both sides can drive straight in without hindrance. The winter is cold, the temperature is high in spring and summer, and the humidity is high. It is hit by cold waves and hurricanes all year round.

Oklahoma and the surrounding states are well-known states of tornadoes, with many tornadoes in summer. In addition to resisting low temperatures, solar lamps also need to have the ability to withstand strong winds.

The climate in the southeast is hotter, and winter is also warmer. Products need to have a high-temperature protection function.

The western climate is relatively mild and pleasant, with Oregon and Washington states humid and rainy. In rainy areas, the product must ensure the working hours during the rainy period and pay attention to lightning protection.

The United States has a vast territory and is one of the regions with the most abundant solar energy resources globally. That provides the necessary natural conditions for the United States to develop solar energy. When purchasing solar lamps, it is essential to choose suitable solar led lights according to the natural environment. Take the following areas as examples:

Vermont is in the northeastern part of the United States, and about 77% of the state’s area is forested. The temperature can drop below -34℃ in winter and rarely exceed 32℃ in summer. The solar power led street lights need to have good resistance to low temperatures and Pay attention to clearing the snow on the battery panels in winter. 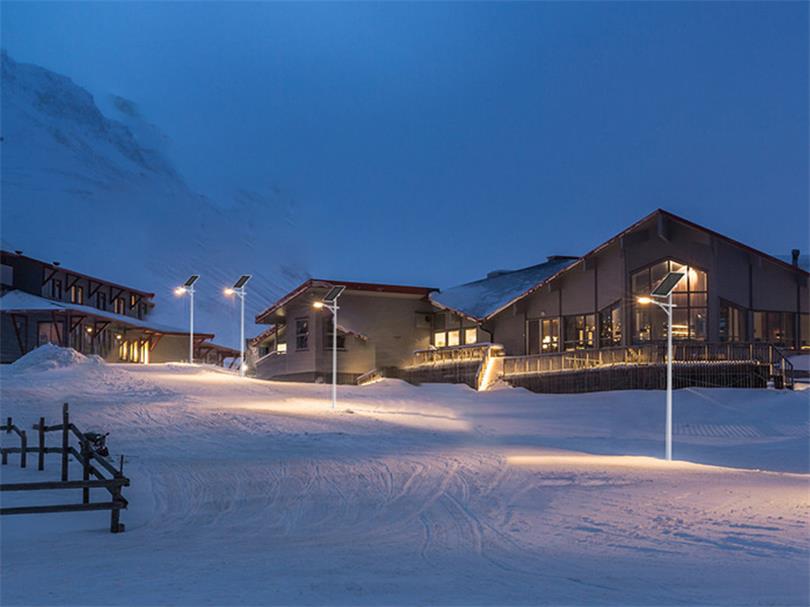 West Virginia is a state in the southern United States (sometimes divided into the Northeast), where 75% of the land is forested. The average temperature in January is 1℃, and the average temperature in July is 23℃. When installing solar lights in mountainous, attention should be paid to the stability of the rock formations, avoiding shielding of solar panels by mountains or trees. And adjusting the angle of solar panels.

Hawaii is the only group of islands state in the United States. It is composed of 132 islands in the central Pacific Ocean. It has a tropical climate. The annual temperature is about 26℃-31℃, and there are many rainy days. Solar street lamps need to ensure continuous working hours under the lowest brightness.

South Carolina is in the southeastern United States. The state has two natural regions, the coastal plain and the Appalachian Highlands. The coastal plain accounts for about 2/3 of the state’s area. Summers are long, hot and humid, with the highest temperature reaching 43°C. The rainy season lasts for a long time, and the product needs to ensure the continuous working time under the lowest brightness. In addition, it needs to have high-temperature protection.

New Mexico is in the southwestern United States, including plains and mountains. The region has a desert climate, warm and dry. Mountainous have more rainfall and the annual average temperature is 12°C. The highest temperature is 43°C, and the lowest is -2°C. In addition to the precautions for installation in mountainous areas, should attend the high-temperature protection.

Mississippi is in the southern part of the United States. The state is low-lying and has a subtropical climate. There are hurricanes in the coastal areas from June to October. Florida is in the southeastern United States, and most of the state belongs to the Atlantic and Gulf Coastal Plains. The southern part of the place has a tropical climate, and the northern has a subtropical climate. There are often hurricanes from June to October. The installation of solar lamps in these two areas must be reliable, and the products must have a certain degree of resistance to hurricanes.