Although low-cost traditional energy provided a strong driving force for Indonesian early economic development, it inevitably brought many problems during the development process. Environmental pollution is particularly prominent, and they are becoming increasingly unsuitable for economic and social development. Indonesia is relatively rich in solar energy resources. Indonesia is in Southeast Asia, very close to the equator, and the daily average solar radiation resources are about 4.8 kWh/m2.

Because of its abundant solar energy resources, it is very suitable to use solar street lights in Indonesia.

Recommend several solar lamps for you: 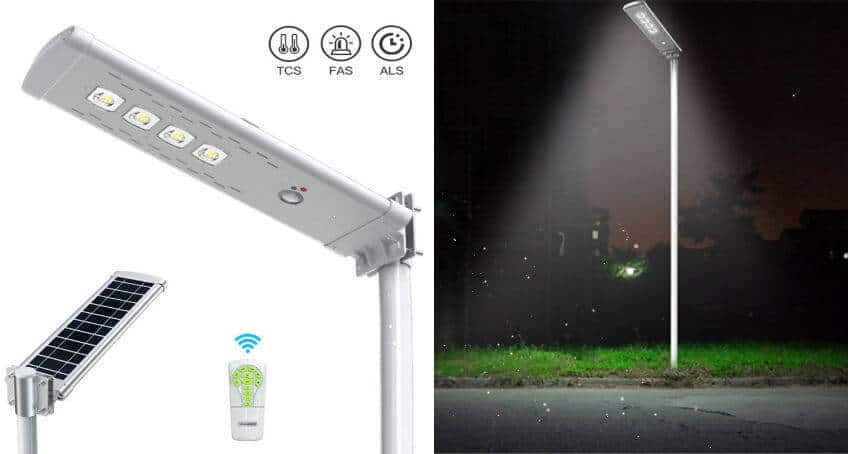 Use solar lamps in Indonesia

The actual potential of solar power stations is 207,898 MW. Solar lamps use solar energy to achieve lighting. Compared with traditional lighting devices, solar lights do not require wiring, are very convenient to install and are more energy-saving. And solar lamps do not need to spend the maintenance costs caused by the ageing of the wiring and other problems. It is very suitable for places with sufficient sunlight, unstable power supply or shortcomings.

Indonesia has a tropical rainforest climate with an average annual temperature of 25-27°C. The dry season is from May to October each year, and the rainy season is from November to April. The average annual rainfall is more than 2,000 millimetres, and the humidity is 70% to 90%. According to Indonesia’s weather conditions, you can choose waterproof and prevent corrosion solar lamps.

ALS can automatically extend the lighting time，allowing solar lights to work ordinarily for 8-10 days on rainy days. And when the battery power (>30%) drops, the brightness can still maintain 100%.

TCS can protect the battery and extend the battery life so that the solar light can work ordinarily at the temperature of -20℃-60℃.

FAS can provide timely feedback on the problems of solar light and solve them efficiently.